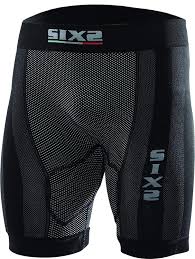 Flatulence is a normal process in the body. Each person passes gas about 10 times a day. But if you feel embarrassed farting around people, carbon underwear is what might save you from a public shame. Those that hear for the first time about such underwear might think that it is totally made of charcoal and other carbon derivates. Well, not really, as it would be too expensive. Carbon underwear, also charcoal underwear, is meant to stop gases from spreading in the air, thanks to a carbon pad that is applied at the back of the trunks at the source of the gases. The carbon absorbs the smelly gas molecules and keeps them from escaping the underwear.

Carbon underwear can be of many types. First of all, comes the way the charcoal pad is integrated in the underwear. It can be either sewn in it or you can stick it to the trunks by yourself. The trunks with a sewn one are considered higher-quality and more expensive, and the pad has greater capacity for absorbing the odors and can serve more. The trunks with manually applied pads can be actually any underwear piece from your wardrobe. You just put a pad and it becomes carbon underwear. These pads can be used only several weeks, having less potency in dealing with the gases. Thus, you will need to replace the pad regularly. Charcoal pads can also be either reusable or disposable. While some of them will need to be thrown away after one use, other ones will allow you use them repeatedly after washing them. Although applied to a sensitive area, the filter cloth does not create discomfort and noise while walking. It is thin and incredibly soft, making you forget that you actually have a odor-catching pad attached to your underwear.

Find out more or adjust your settings.

This website uses cookies so that we can provide you with the best user experience possible. Cookie information is stored in your browser and performs functions such as recognising you when you return to our website and helping our team to understand which sections of the website you find most interesting and useful.

Strictly Necessary Cookie should be enabled at all times so that we can save your preferences for cookie settings.

If you disable this cookie, we will not be able to save your preferences. This means that every time you visit this website you will need to enable or disable cookies again.